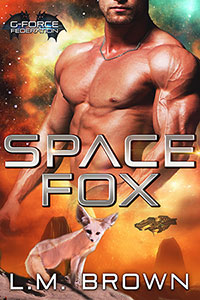 Today is release day for book one of the G-Force Federation series, which is a multi-author series with MM Wilde, Giovanna Reaves and Michael Mandrake, writing as RM Durand.

This is my first MM MPreg story, my previous ventures into MPreg all being MMM.  I hope you enjoy meeting Jude and Kirby.

Space Fox is Book One in the multi-author G-Force Federation mpreg, scifi series. Each book in the series can be read in any order. Join the G-Force Federation gargoyle warriors as they embark on their mission to protect and serve the Federation and possibly find their fated mates.

BUY FROM AMAZON OR READ IN KINDLE UNLIMITED